Search
Body and space 2018
Series of 2/3 digital photographs, documenting the use of my own body to engage with a given space.
When shooting these events, I tried to acknowledge the space surrounding me through my body, while performing a very simple action.

Using the space surrounding one of the corners inside the building, I managed to capture a reference to the three dimensions in which I was moving. Allowing parts of the windows within the frame, a reference to the outside space and the time of the day is also present. 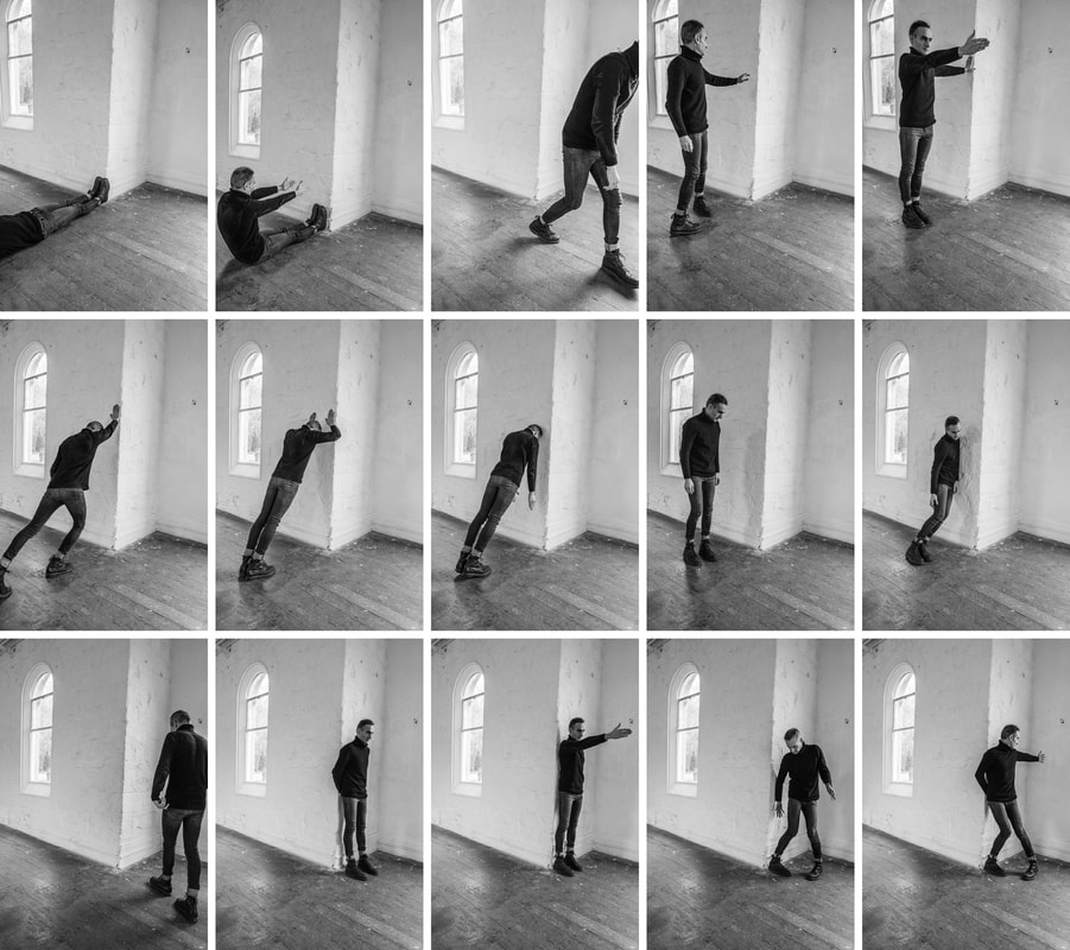 ​I was also interested in recording the events that I was to perform using still images to be combined later.

I became interested in the images that were being recorded by the camera between poses, which felt much more natural than the actual poses and also portrayed me in the process of making use of the space, which was the aim of my performance. The “about to do” moments.

The simplest actions were normally the most interesting ones, from these sets of photographs. They would also feel the least theatrical. 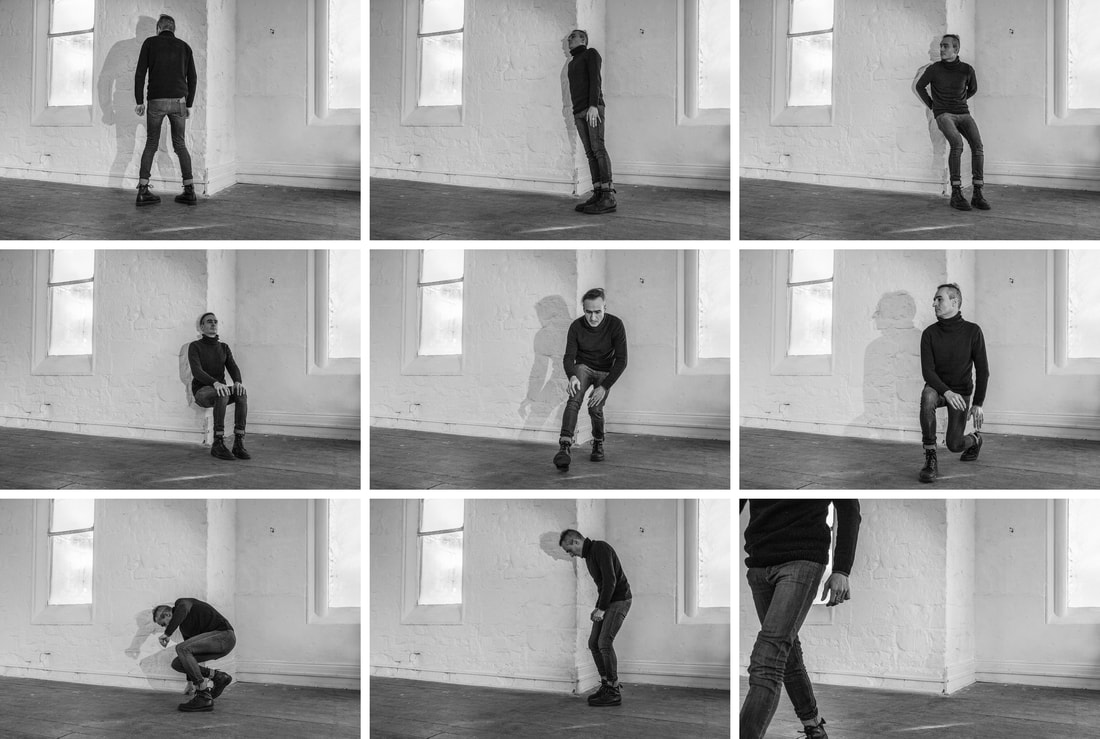