The images are inverted photographs of three movements from a performance that I developed during my residency at the Walcot Chapel at the end of January.

In this performance, I worked with my own body and the light that was coming through a window located behind me, to project expressive images on the floor, with the idea of later using them as material to create other pieces, like this one. 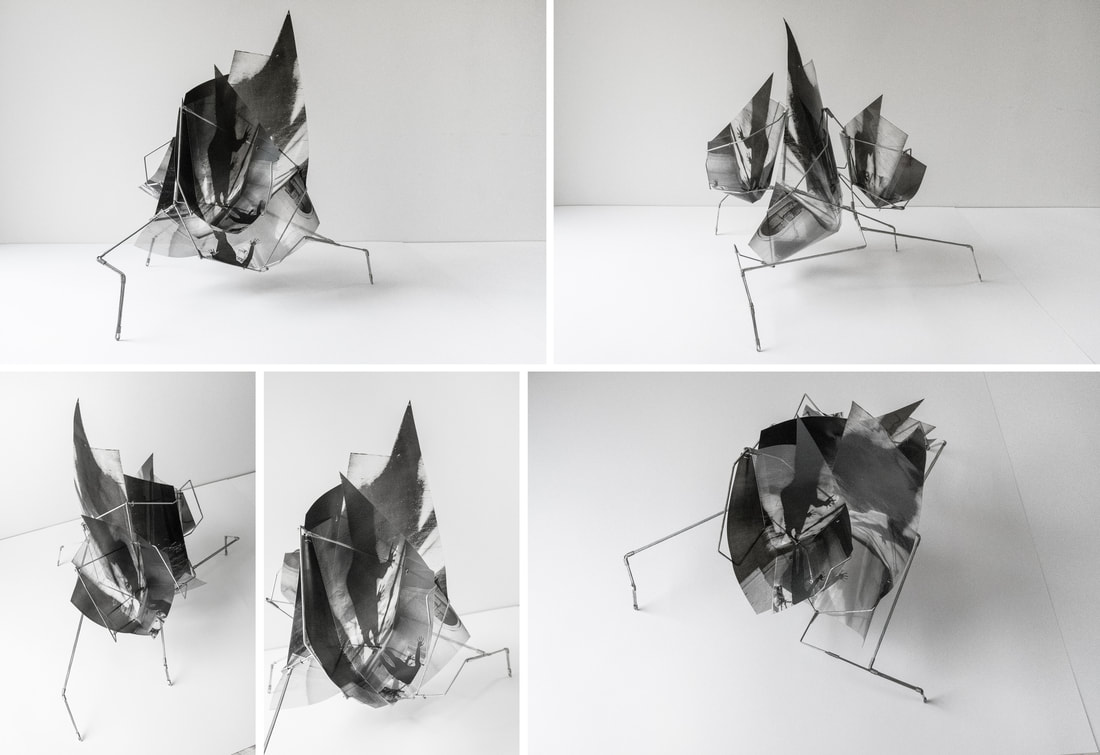 As part of my practice I am interested in experimenting with different possibilities to present my work and in how these might allow the audience to experience and engage in different ways with a particular piece. When I created this object, I was exploring non linear ways of presenting a narrative, while at the same time, I played with concepts like space, movement and perception.